If you’re exhausted with media hurtling dire economic forecasts with a political agenda, you want to know What Ted Said.

If you don’t know who Ted Jones is, you might want to listen up. He is the chief economist for Stewart Title, internationally known as an applied real estate research expert, and gives 150 talks a year to major real estate organizations. There is a long, rich, resume in the fine print.

He was in town for two presentations, I attended on Tuesday, 11/19.

All of us are plagued with pundits whose opinions have an agenda to keep us on edge for political gain. What Ted Said quells the false storm. Key indicators are jobs and cheap energy.  We have both.

So, what did Ted say?

Retail sales are 68% of the GDP, and it’s up 4.5% YoY September 2018-2019. That’s the highest rate that they have ever been. Old Navy announced plans to open 800 new stores in 2020. Online sales jump 36% when linked to brick and mortar, storefronts aren’t going away. Unemployment is at the lowest point in 50 years, 3.5%. In Minnesota, it is 2.4%. Wages increased by 1.8% in the last 12 months, the highest in 10 years. Hospitality and Leisure jobs surged +2.4% year over year to meet demand. Leisure spending shows consumer confidence.

Politics and economics are two separate entities, but politicians use the economy to scare you, threaten you, or even bribe you. Follow independent thinkers who offer information without a bone to pick. Ted Jones isn’t the only economist with a perspective, but one you might pick up a nugget or two. Check out the blog: http://blog.stewart.com, or his twitter account drtcj.

Give me a jingle if you’re thinking of making a move, or if you have friends or family that might need some help. Ph: 612 384 1360 Email: mj@maryjoquay.com 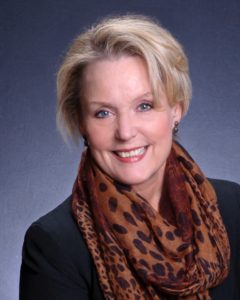